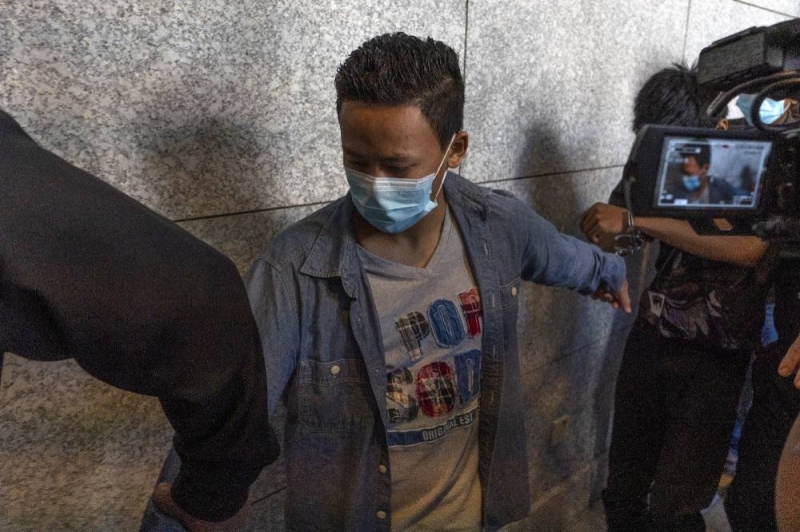 Wushu coach Gjeblehim Bong Teck Fuu (centre) being charged with molesting his student at Palace of Justice May 26, 2022. — Picture by Shafwan Zaidon

PUTRAJAYA, May 26 — A martial arts instructor has claimed trial at the Sexual Crime Court Against Children here today to a slew of charges for sexually assaulting an underage student under his tutelage earlier this year.

Clad in a denim jacket, Gjeblehim Bong Teck Fuu, 31, was arraigned this morning on 10 counts of physical sexual assault of a child under Section 14(a) of the Sexual Offences Against Children Act (Act 792).

It is alleged that Bong committed the offences on a 13-year-old girl by touching parts of her body for sexual purposes at a house in Taman Kajang Mewah, Kajang, Selangor around February this year.

A conviction under Section 14(a) of the Act carries a maximum jail term of 20 years and whipping for each charge.

Accordingly, Bong’s charges were read together with Section 16(1) of the same Act which provides for committing an offence while being in a relationship of trust with a child.

For the aforementioned Section 16(1) charge, Bong can be punished with imprisonment up to five years and a minimum two strokes of whipping if found guilty.

As for his sporting career, Bong had also represented the national squad in wushu during the 2017 South-east Asian Games.

‘Amazing and unprecedented’: Penang hotspots see up to 500pc increase in...