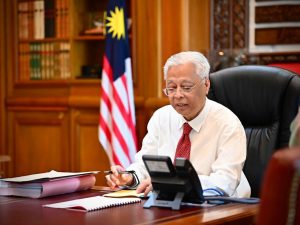 Malaysia’s government says that it will present its national budget for 2023 this Friday as scheduled, in a bid to tamp down widespread speculation that its announcement might be preempted by the calling of a snap election. According to a report by Reuters, the confirmation came from a spokesperson for the Ministry of Finance, who batted away conjecture that parliament could be dissolved before or shortly after the budget is delivered to Parliament by Finance Minister Tengku Zafrul Abdul Aziz.

While Malaysia’s next general election does not have to take place prior to September next year, 60 days after the current government’s term comes to an end in July, Prime Minister Ismail Sabri Yaakob has come under pressure from some senior members of his United Malays National Organization (UMNO) to bring the election forward.

UMNO panjandrums believe that early elections would give the party an advantage over the opposition, following a string of convincing recent victories in state elections in Johor (March 2022), Melaka (November 2021), and Sabah (September 2020). In August, there were even reports that UMNO powerbrokers were threatening to sack Ismail Sabri as party vice president if he didn’t agree to call an early election.

While Ismail Sabri has so far resisted the pressure, rumors took wing in August, when Law Minister Wan Junaidi Tuanku Jaafar announced that the 2023 budget would be unveiled on October 7 instead of October 28, as previously scheduled. Many saw this as the sign that the party was planning to call an election prior to the onset of the wet season in December.

Get briefed on the story of the week, and developing stories to watch across the Asia-Pacific.

The speculation has only burned brighter since UMNO released a statement last week, revealing that its top decision-making body, which includes both Ismail Sabri and his rival, party president Ahmad Zahid Hamidi, had come to a consensus agreement that an election should be held sometime this year. Conjecture was further fired up by news that the prime minister would have an audience with the country’s king tomorrow, at which some speculated he could request the dissolution of Parliament.

As many have observed, the announcement of the budget, which is expected to contain allocations to counter the rising cost of living for ordinary Malaysians, would be the ideal prelude to an election campaign. In a research note released last week, the financial services firm CGS-CIMB noted the “high anticipation that the government will dish out more goodies than usual to create a ‘feel good’ effect as it will be its last budget before the 15th General Election.”

But the extent of the current election speculation is itself a sign of the unsettled and febrile current state of Malaysian politics, both within and between the country’s interlinked constellation of political parties. Since political in-fighting brought about the collapse of the reformist Pakatan Harapan coalition in early 2020, the country has limped along with a basically unelected UMNO-headed government, which has been forced constantly to fend off accusations of illegitimacy from the opposition.

But the situation in Malaysia right now is such that such speculation will continue to swirl until the current political dispensation – the product of backroom politicking and mass party defections – is finally put to a national vote.

Three things we learnt from: The 2022 PAS Muktamar

Tun M Says Malays Are Poor And The Chinese Are Rich, Could Lead To Race Riots