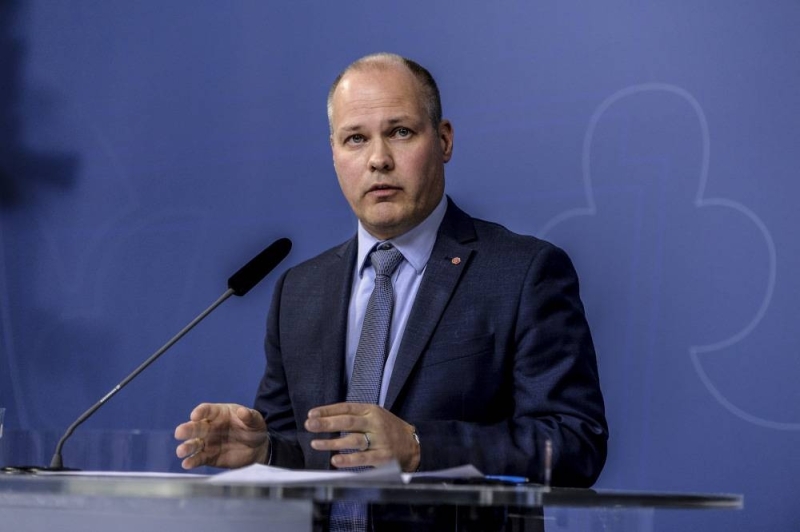 STOCKHOLM, June 7 — Sweden’s government said today it had clinched a last-minute deal to ensure its justice minister would survive a no-confidence vote in parliament, averting a political crisis.

The deal stems from winning the support of an independent lawmaker who is determined that Stockholm does not cave into Turkish conditions for supporting Sweden’s bid to join Nato.

The potential crisis comes just three months ahead of general elections and less than a year after the Social Democratic government was toppled and then returned to power within weeks.

The no-confidence vote, which is scheduled to be held in parliament at 12pm (1000 GMT), was launched by the far-right Sweden Democrats who accuse Justice Minister Morgan Johansson of failing to stem rising gang violence.

Sweden has struggled to reduce the shootings and bombings that have plagued the country in recent years, usually due to gangland rivalries or organised criminals battling over the drug market.

“We have reached a point where the single most important crime policy measure is to give Morgan Johansson an early retirement,” Sweden Democrat MP Henrik Vinge told parliament last week.

The conservative Moderate Party along with the Liberal Party and the Christian Democrats had announced that they would support the motion.

Those four parties control 174 seats in parliament but they needed one more vote for the motion to pass.

If parliament were to vote against Johansson, he would have lost his job.

Andersson made it clear last week that she would resign if a no-confidence vote passed against Johansson, saying all government decisions are made collectively.

Assurances on Turkey With one vote missing, the situation hinged on parliamentarian Amineh Kakabaveh, a former Left Party member sitting in parliament as an independent since 2019.

Kakabaveh, who is of Iranian-Kurdish origin, has become a focal point in Swedish politics over Turkey’s opposition to Stockholm’s bid to join Nato.

Ankara accuses Stockholm of providing a haven for the outlawed Kurdistan Workers’ Party (PKK), listed as a “terrorist” group by Turkey and its Western allies, and has demanded the extradition of people it considers extremists and the lifting of a weapons embargo.

Kakabaveh, who has no direct political link to the PKK, had sought assurances that the ruling Social Democrats would not cave into Turkish demands, saying otherwise she would vote against Johansson.

Early today, Kakabaveh told Swedish media she had received the assurances she wanted.

Last November, she and the government reached an agreement in which she would provide the casting vote to bring the cabinet into power in exchange for deeper cooperation with the Democratic Union Party (PYD), the political arm of the main Syrian Kurdish militia, the YPG.

The Social Democratic government confirmed today the deal was still in force, implying it was prepared to stand up to Erdogan’s demands.

Analysts had pointed out that even if Andersson did resign, she would likely have remained prime minister of an interim government with general elections scheduled in September. — AFP

Tun M Says Malays Are Poor And The Chinese Are Rich, Could Lead To Race Riots

Tun M Says Malays Are Poor And The Chinese Are Rich,...