Skyexch is a fast-growing platform for sports that encompasses a wide range of sports fans across nations. 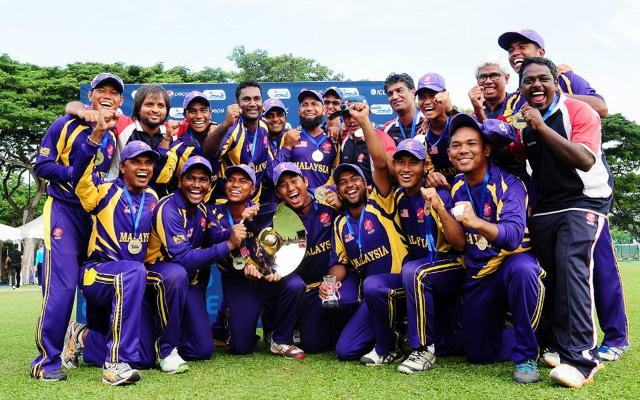 Singapore will face Malaysia for a three-match T20I series from June 28, and SkyExch will be the presenting sponsor of the series. SkyExch, a fast-growing platform for sports, such as cricket, football, tennis, badminton, swimming, etc, encompasses a wide range of sports fans across nations. It has been actively sponsoring a few other cricket tournaments in Asia.

Malaysia, led by Ahmad Faiz and coached by Bilal Asad, lost to Nepal in a T20I match on April 2 by 85 runs in the Nepal T20 Tri-Nation Series 2021-22 at TU Cricket Ground. They lost to Papua New Guinea after failing to defend 196 on April 1 at the same venue. Malaysia ended the tri-series with one win in four matches, finishing at the bottom of the table. Malaysia are currently ranked 31st in Men’s ICC T20I Rankings. Singapore, led by Amjad Mahboob and coached by Trevor Chappell, currently stands at 20th position in ICC Men’s T20I Team Rankings.

For the T20 World Cup 2022, which will happen in Australia later in the year, Singapore will play the qualifiers in Zimbabwe from the pool Qualifier B.

Skyexch.net sponsoring other tournaments as well

Skyexch.net also sponsored the United Arab Emirates (UAE) versus Hong Kong Women’s T20I series, with FanCode broadcasting the events in India and via CricTracker’s Facebook page and YouTube channel for the rest of the world.

Skyexch.net also worked with the AVR Pay Ajman T20 Cup, which took place in Abu Dhabi, UAE, earlier in the year. In the recently concluded series between Pakistan and West Indies in Multan, Skyexch.net  were the presenting sponsor.

Coffee table book on Malaysia Airlines serves as a point of...